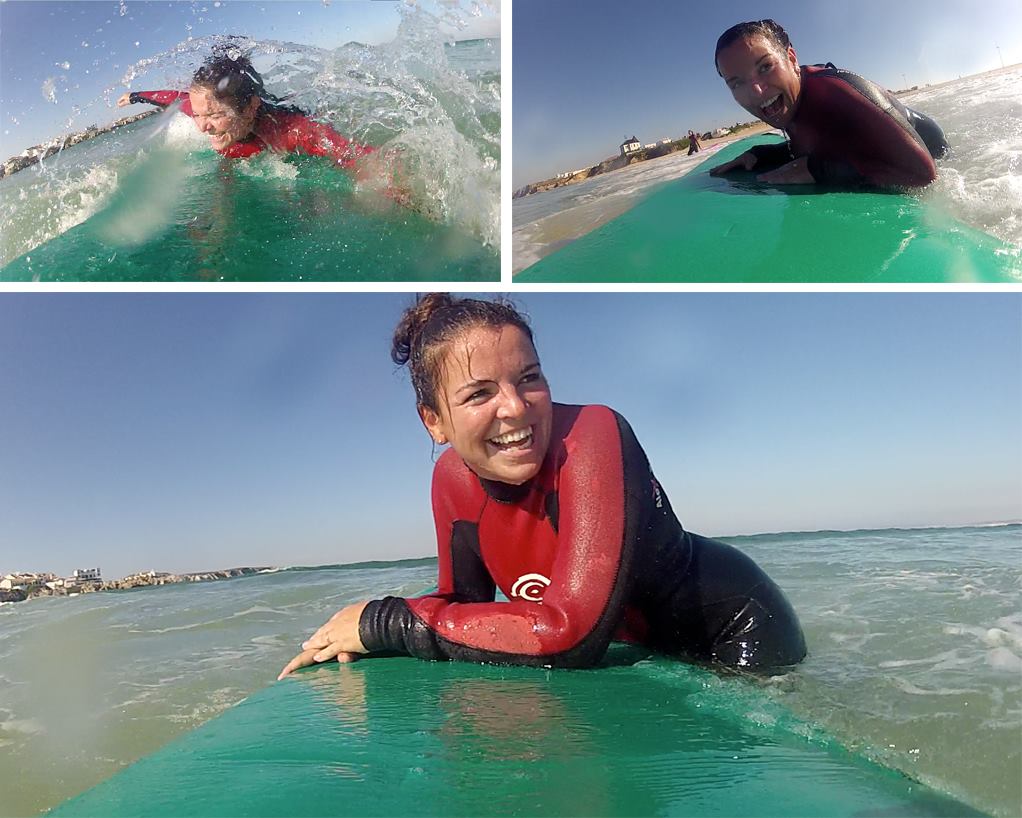 With Peniche comes a story which started 2 years ago, when Maren lost her GoPro while surfing at Baleal Beach, close to Peniche. The camera was just washed off the board and was gone–despite Maren searching the shore for several hours.

Then, hard to believe, a walker found it between some rocks at the beach. This guy, Serafim, then let his daughter Sara check the images on the camera for hints about where it belonged–he wanted to give the GoPro back to it’s owner.

Sara found a photo of Vast Forward’s office entrance in Hamburg, with the logo of the neighboring agency Leagas Delaney. She then sent an email, with a picture of Maren surfing, to an email address she found online … So the contact was made and the camera returned to Hamburg.

Now in Peniche, we wanted to thank Serafim and Sara–with a nice dinner for the whole family.

We took the bikes, headed to Baleal and checked for a nice restaurant for the project „family dinner“. We chose the Surfers‘ Lodge and invited Serafim and his daughters Sara and Sónia for the evening.

Because it’s some distance between the Peniche Marina and Baleal, Sara and Sónia picked us up by car and we went to the Surfer’s Lodge for a very nice evening, with good food and even better talks. Sara and Sónia remembered exactly how important it was to their father, to have the camera returned to its owner. And we still find it a truly special and touching story.

After dinner and talks we were invited to say hello at Serafim’s. So we took a bottle of wine and headed off for the western tip of the Baleal peninsula, to see Serafim’s lovely home, family cat and to enjoy the view over the wide beach of Baleal.

So, time to say thank you for honesty, great hospitality and the time we spent together!
(Sónia, the elder daughter, later visited us again in Lisbon and took us to one of her favorite restaurants. As far as we know, a good dinner is a very good way to get to know a city, or even a country, than to be with the people who live there.)

ONE OF THE FOLLOWING

VAST, where art thou? A Balearic Odyssee 2021